Below are a few websites that I've created and collaborated on with my clients since 2012. From discovery, project managing, coding and theming, to copywriting, graphic design, revisions and troubleshooting, these sites were built with my client's customers in mind first and foremost.

Another of my personal websites and hobby exploration can be found at FilmChurch.org. 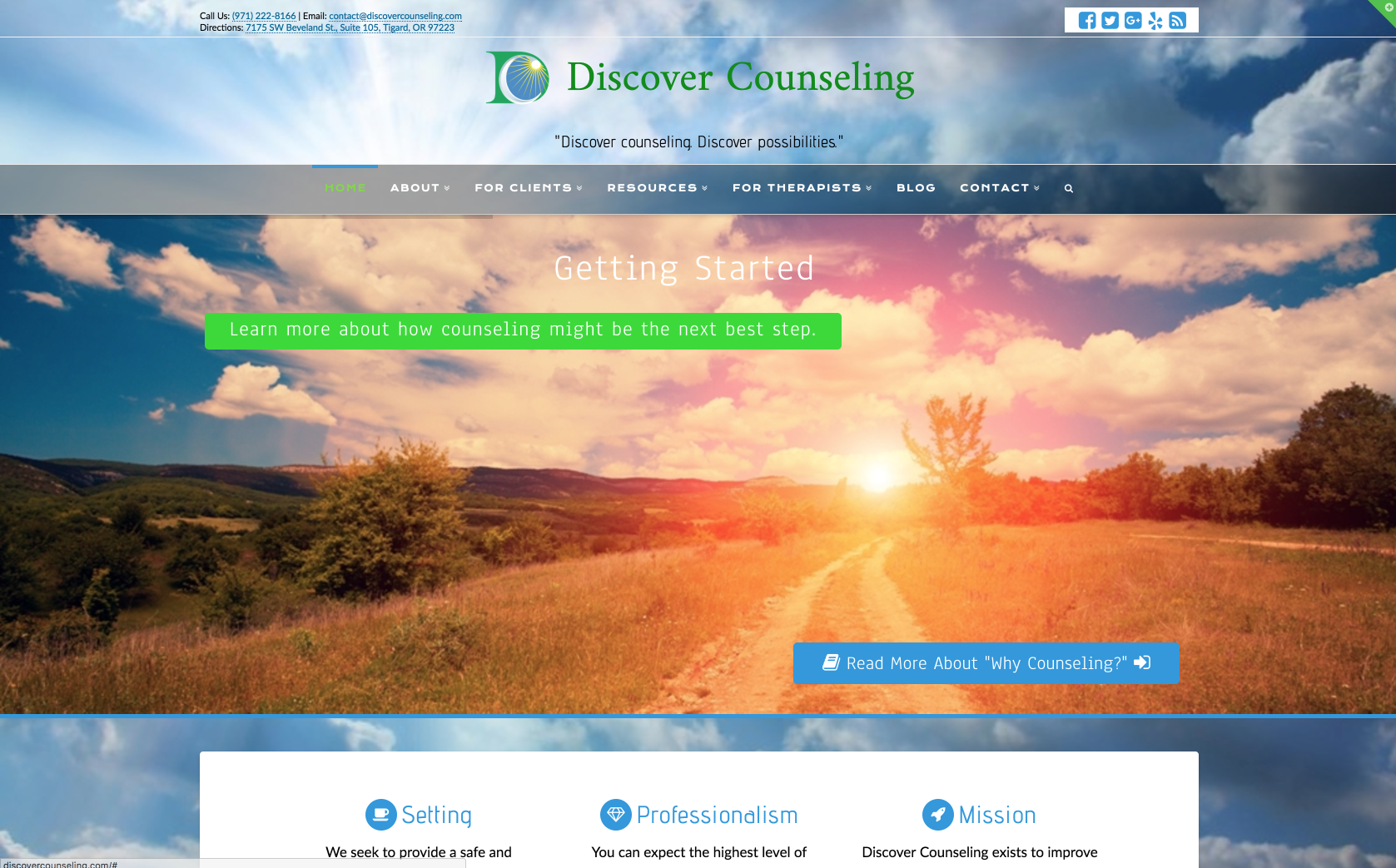 Aaron at Discover Counseling needed a professional, business website created from his existing content. After sitting down and discussing what Aaron was working to accomplish, we found that re-designing his website and fixing a broken plugin were the top priorities.

I took all of his content from his existing WordPress site and imported it into a fresh installation where I set him up with a new theme and integrated new theme elements to work with his content.

With a bit of training, Aaron was able to dig in and create new content himself.

Aaron has access to our collection of WordPress training videos and occasionally has me jump in to create more advanced site functionality and design.

Spielman Painting did not have a website and we collaborated in creating written content for the site. We collected basic information and created copy to describe services, built a review system to display customer feedback, and devised a contact form that forwarded email to the owner.

The design was inspired by a template that the owner liked and we set to work building a mobile device friendly website with Service descriptions, an estimate request form, a Reviews page, and contact and about us information. 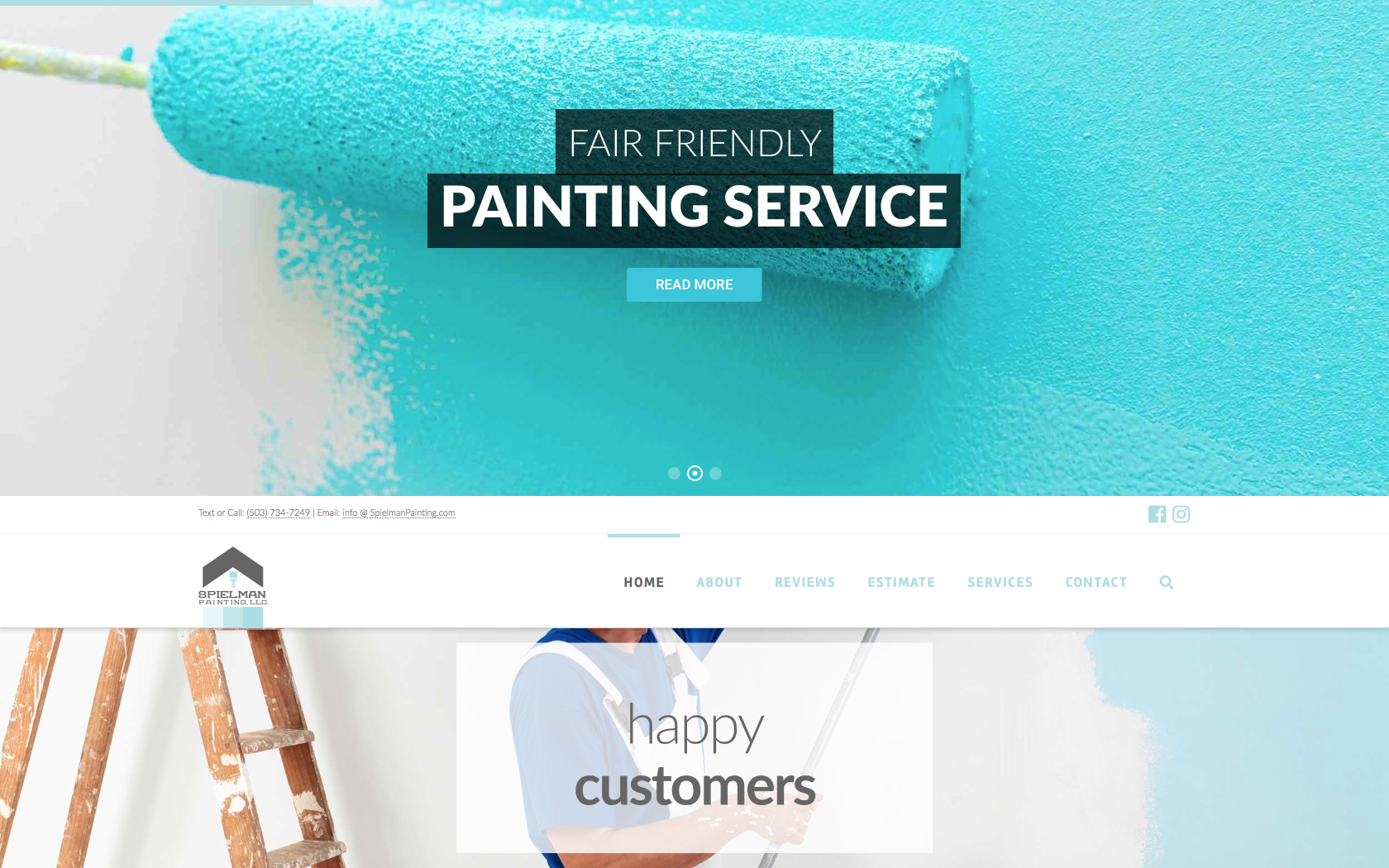 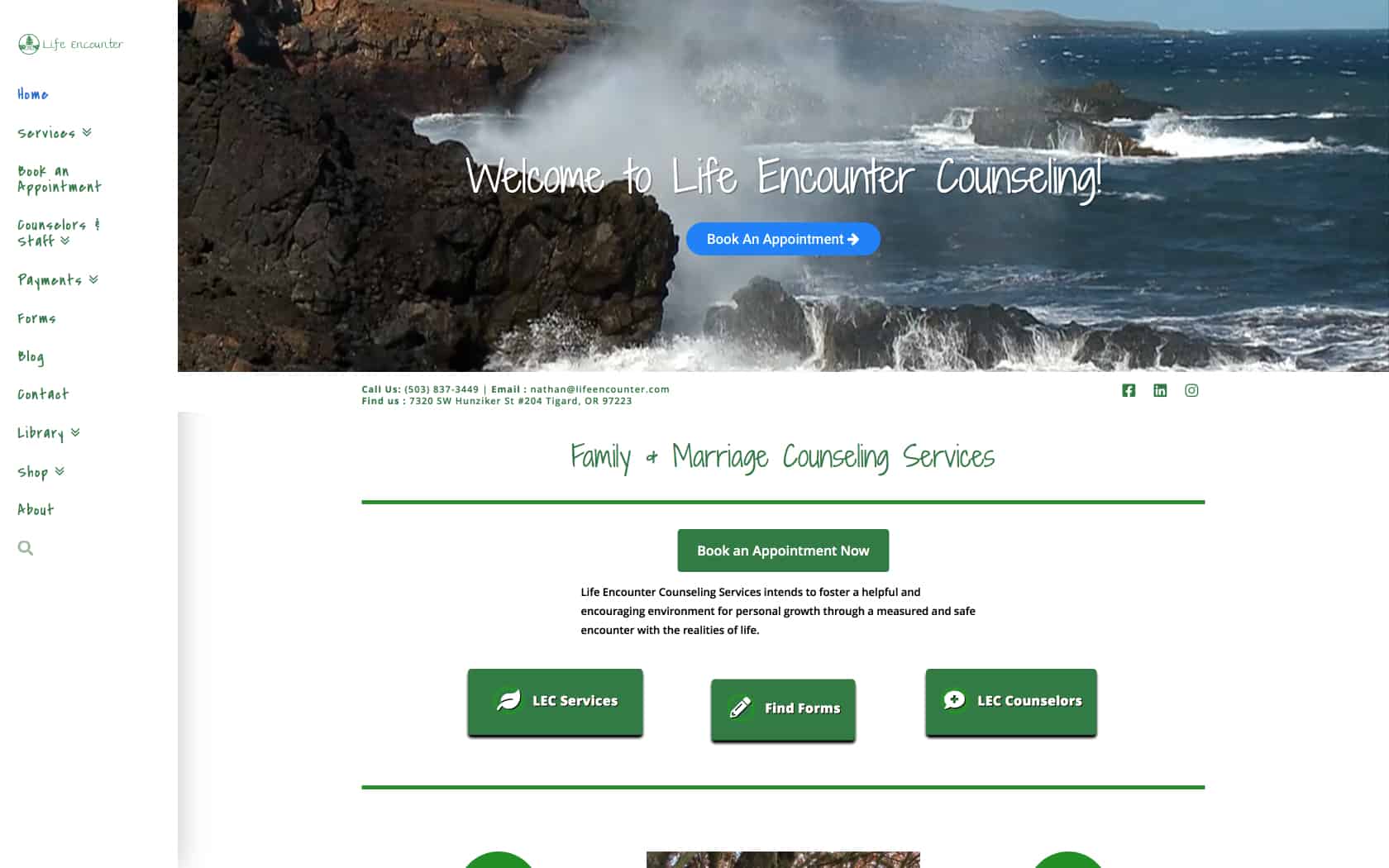 Nathan at Life Encounter Counseling required an update to his practice’s business website. Originally built statically with HTML, CSS, and PHP, we worked to enable blogging and site updates via WordPress.

After migrating content from his original site, we designed a fresh new look utilizing a new theme. Translating static content into eye-catching, animated elements (by request), we helped Nathan create a new, modern look while providing a useful web experience for his clients and visitors.

As I worked on the design, I regularly showed my progress to Dan to ensure we were going in the right direction. After making a few recommended changes, Dan felt that the design personified the style of his establishment. 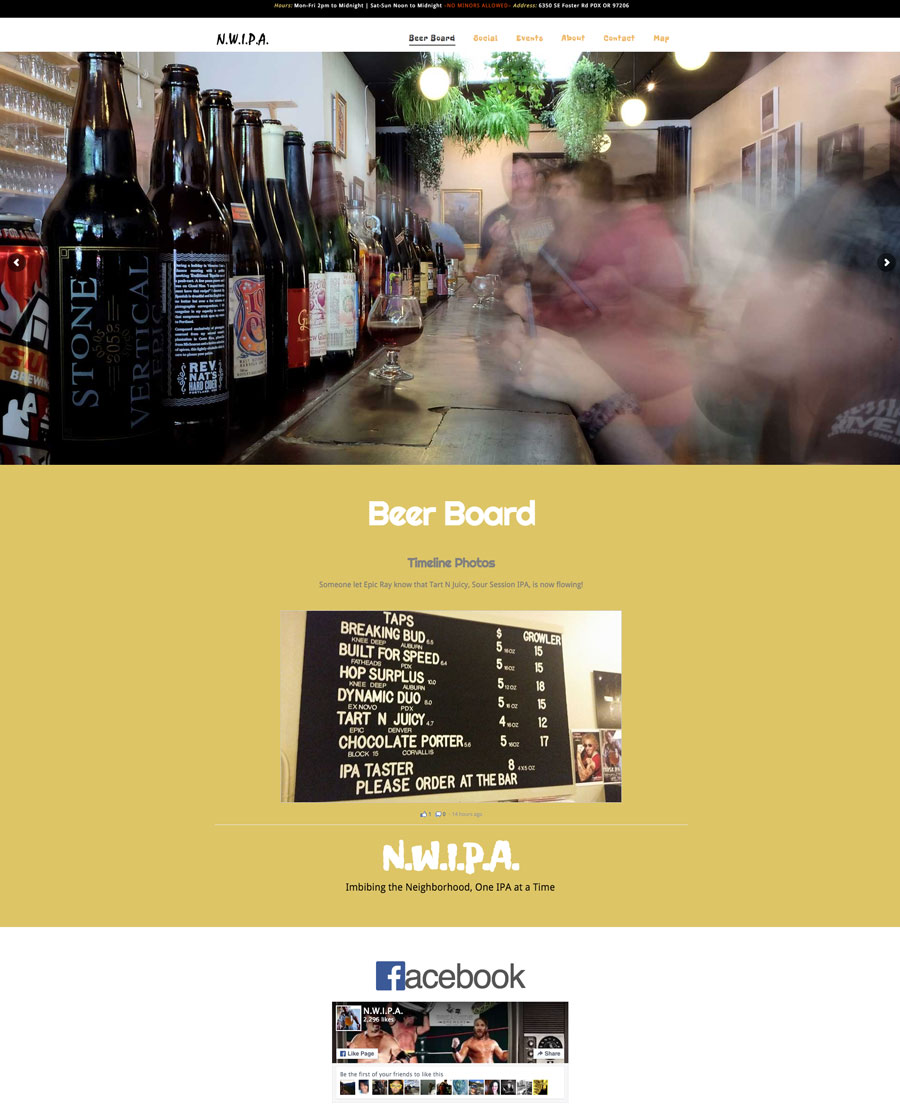 Hover over buttons below for a couple notes about these projects. 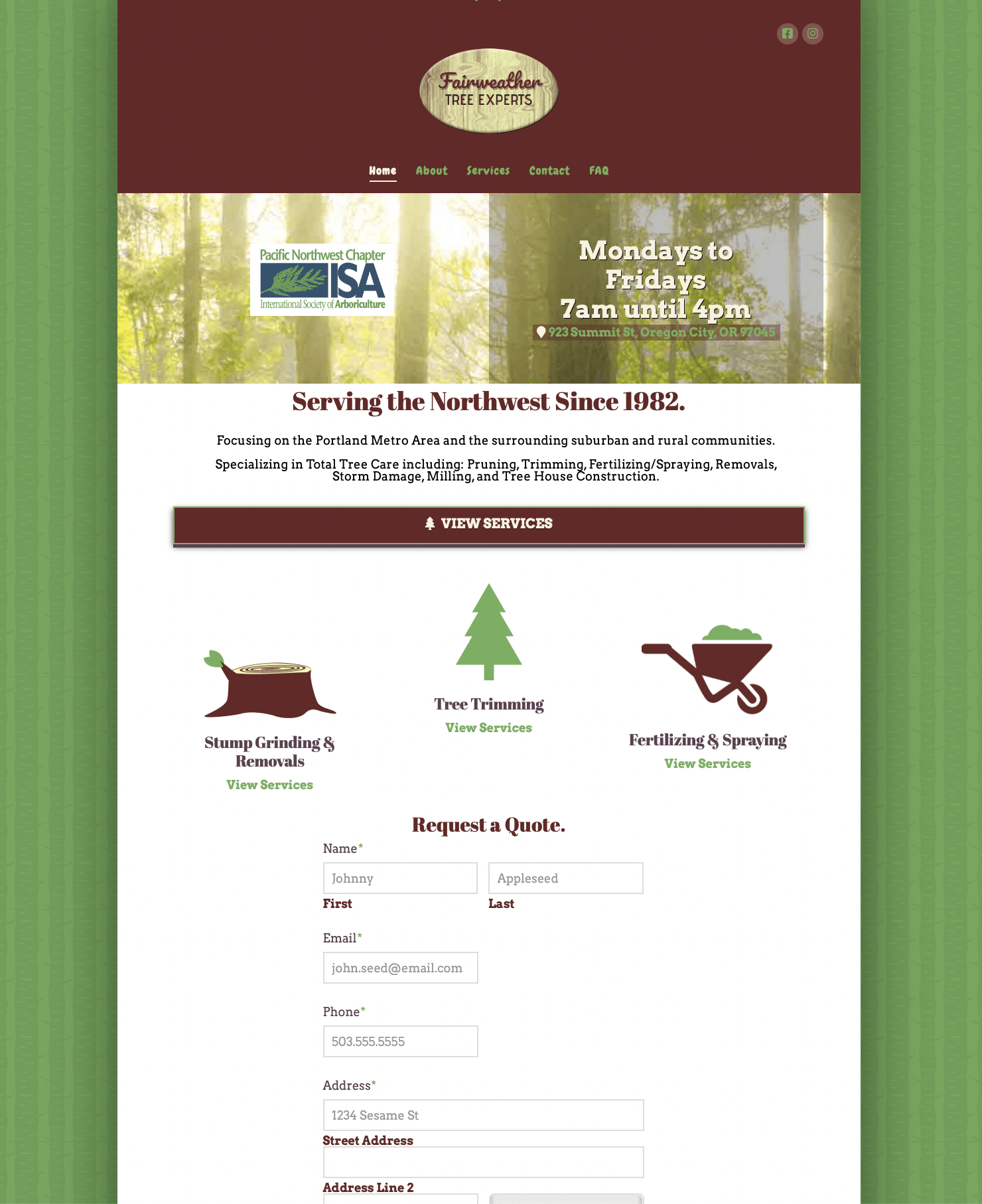 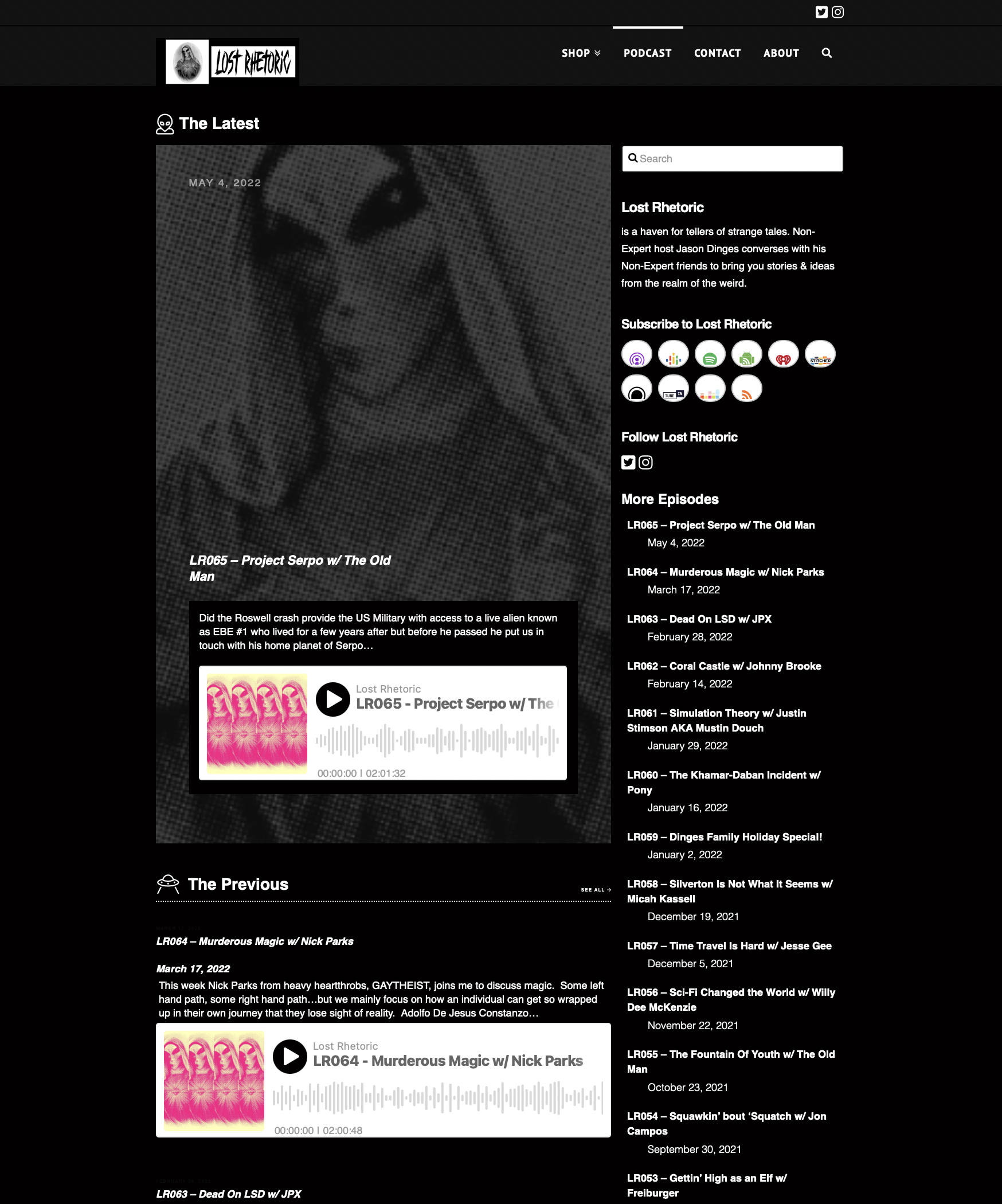 Homestead Stove Company had been subscribing to an expensive ERP level software suite to manage their site when we began work. Homestead had decided to discontinue use of the old system and commissioned me to create a new website back in 2011. Initially building with HTML and CSS, we eventually migrated to Concrete5, a CMS created right here in Portland, Oregon.

In 2015, Homestead wanted to add eCommerce options for products. After our discovery process, we decided that WordPress and Woocommerce were appropriate, and I began to build. The redesign included working out an entirely new brand, from color scheme to logo, business cards, and signage; I worked with Homestead revamping everything.

To help facilitate sales during the busy season, we launched a beta version of the site with about a two dozen products. I continually added products throughout the season and also enabled local customers to make purchases after they left the store.

I stopped working with Homestead when it was sold to new ownership who had their own web person. 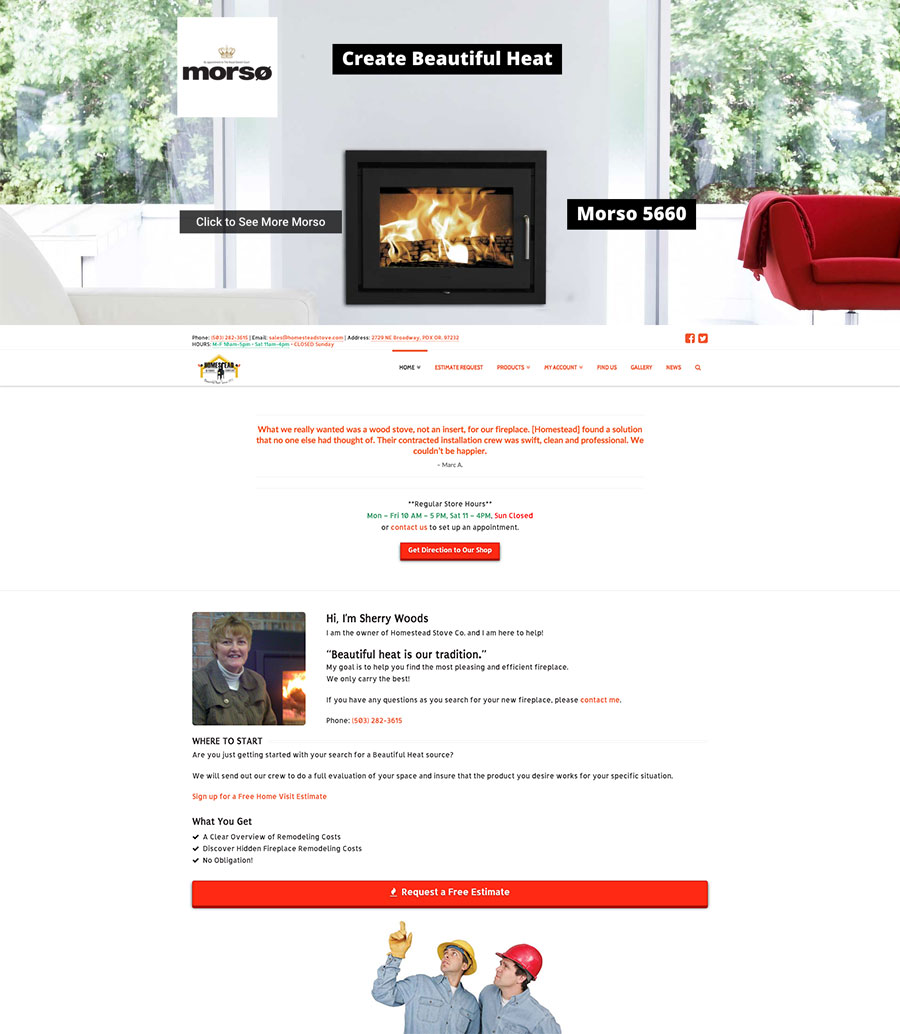